"The Man at the Door" by Laura Cunningham

"Anybody for murder" by Brian Clemens and Dennis Spooner 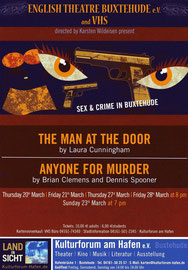 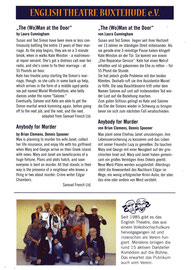 "The (Wo)Man at the Door" by Laura Cunningham

Susan and Ted Simon have been more or less continuously battling the entire 13 years of their marriage. As the play begins, they are on a 3 minute break, when in walks Kate Winston - a matrimonial repair servant. She's got a distress call over the radio, and she's come to fix their marriage - at 55 Pounds an hour.

Kate has trouble jump starting the Simon's marriage, though: so she calls in some back up help, which arrives in the form of a middle aged yenta sex pot named Muriel Winterbottom, who belly dances under the name "Salome."

Eventually, Salome and Kate are able to get the Simon marital wreck humming again, before going off to the next job, and the next, and the next.

"Anybody for Murder" by Brian Clemens and Dennis Spooner

Max is planning to murder his wife Janet, collect her life insurance, and enjoy life with his girlfriend when Mary and George arrive on their Greek island with news: Mary and Janet are beneficiaries of a huge fortune. Plans and plots hatch, and soon everyone is bent on murder. All that stands in their way is the presence of a neighbour who knows a thing or two about murder: Crime writer Edgar Chambers.

"Not only an exciting thriller but an evening of hysterical comedy." 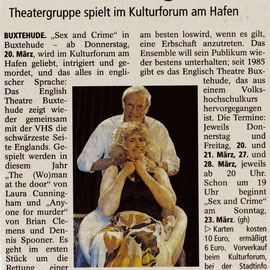 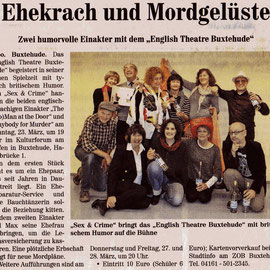