"Nothing" - a surprise sketch adapted from L.

Anita and Clive Banks have been married for 24 years and have led an uneventful life. But all that is about to change. Although in a loveless marriage, Clive has never been unfaithful. However, as preparations for his fiftieth birthday are underway, Clive feels that life is passing him by and has a yearning for one last fling. To this end, he chooses three prospective partners from the ‘Lonely Hearts’ column in the local paper. By a strange twist of fate, the same paper is offering a Caribbean cruise, as the first prize, in a competition to find the perfect married couple. Anita enters the competition but keeps it a secret from Clive. A photographer arrives to take pictures of the happy couple the night Anita is away, and Clive is busy at home, entertaining one of his new dates. From that point onwards, things get a little complicated, to say the least. The action is fast and furious in this hilarious farce.

This is one of the most frenetically funny farces I have reviewed for some time, up to the standards of the best of Ray Cooney … side-splitting laughter…a fast and furious farce which provides hilarious opportunities.

LOVE BEGINS AT FIFTY has been a great success. As well as a record – breaking season as a summer show at Torquay, it has been performed by amateur companies throughout the UK, Australia and Europe. 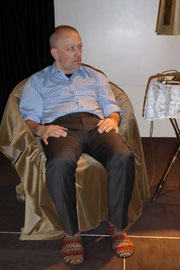 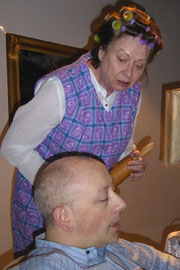 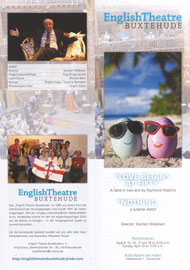 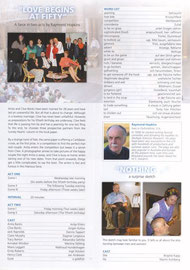 Both plays directed by Karsten Wildeisen

April 19 - Our Last Show!  Thanks a lot to all our supporters! 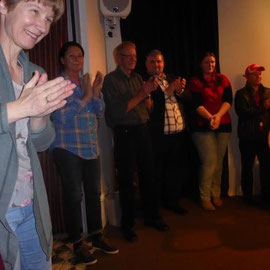 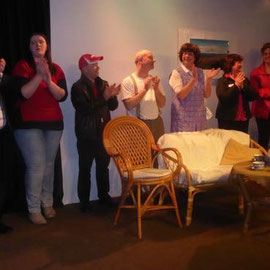 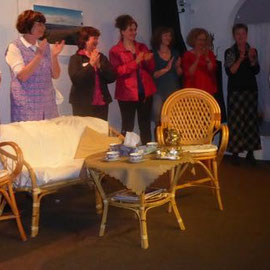 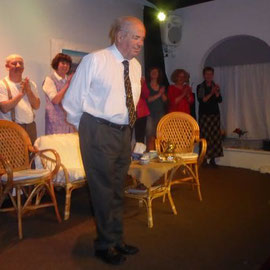 Lots of fun at rehearsals!